To prove his love to his beloved, a young boy named Jules, must start a very hard quest : to get the moon. He must go to Luna island, the only place in the world where it’s possible to reach heavens…
It’s a platform/puzzle game, in 2D and in Flash, wherein player must go to the moon to get it. So he goes through several worlds, made of several levels. In every level he must get ladders by walking on blocks with different properties (some destroy themsleves, some are in fire or blow wind…) and facing his environnement (cloud which wets, air current which bars…). In a ‘paper’ and poetic universe.

We’ll make an editor in order that players can create their own levels (and also level designers of Luna’s team). A public beta test is planned (April). 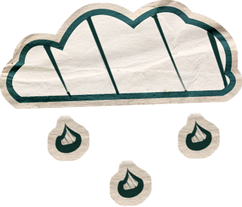