During 4 months, we have class with Olivier Azemar (architect and level design at Ubisoft), and each and every one must make a multiplayer Splinter Cell Chaos Theory map, from architect plans to playtests. (project finished by an oral last Monday).
It was a very interesting work because we saw all steps of map’s production. At first we made a research work in order to our map should be more credible (plans, invention of building’s story). Then we learnt the engine (based on UnrealEngine), and finally we did a lot of playtests to test gameplay and level design ideas and to correct our map.

I worked on an almshouse.

Saint-Quentin Amlshouse
This building was monastery at beginning, built in 13th century, for the Inquisition. Monks built a crypt and secret passages. After it became an almshouse. But in the 40s it was deserted. It is now use by a local mafia for organ trafic and illicit surgery. 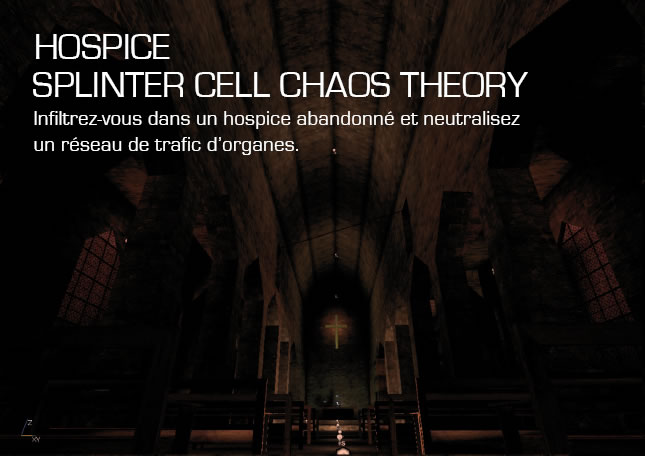 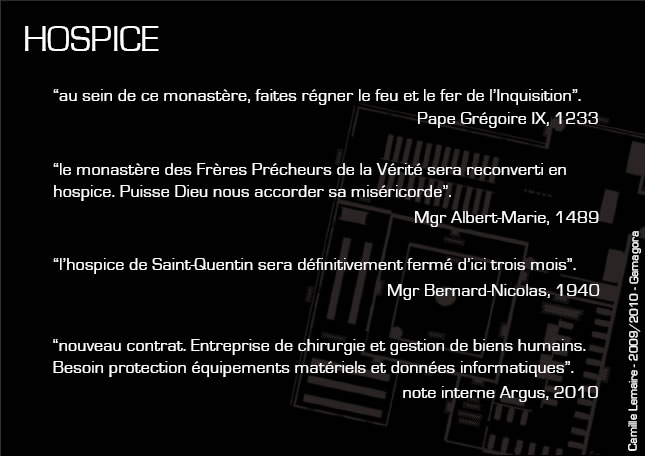