Last Saturday, I visited “Digital Egypt: Museums of the Future at the Petrie Museum. Several displays using new technologies were added to the permanent collection to experiment new ways of exploring exhibitions, with the designers here to explain and help and gather feedbacks at the end of each experiment. Ipads, Kinect, Augmented Reality and more!

END_OF_DOCUMENT_TOKEN_TO_BE_REPLACED

The fourth and final week of the TransformatLab was mainly focus about finishing and rehearsing our pitches, but we also visited Pervasive Media Studio at Watershed in Bristol and had a masterclass about “10 Things we’ve learned about multiplatform” at Aardman Studios (and had a peek on really really really cool puppets).

END_OF_DOCUMENT_TOKEN_TO_BE_REPLACED

The third week of the TransformatLab programme was in Paris, at Gobelins school. The main purpose of this week was to go deeper in our projects and to focus on the user (who is she/he, why is he doing this, when, how…).

The first day we began with a great masterclass by Antoine Visionneau (Information Architect) and a intensive workshop with Pauline Gomy (screenwriter), to help us to develop our projects around the user experience. Lot of ux storyboards and personnas on the walls!

END_OF_DOCUMENT_TOKEN_TO_BE_REPLACED

Last week was the second week of the TransformatLab programme, in Budapest at the MOME. This session was more about seeing concrete but innovative applications, especially with non-standard interactions.

We visited the studio Kitchen Budapest (who does very nice things like a Snake Charmer, a snowman to hug or subjective mapping) and had demonstrations of Arduino, Kinect and OpenSoundControl. Fun examples of what Arduino is capable of: www.makeymakey.com.

But the main event of the week was the setting of the teams and the beginning of our projects! There are four projects with very different and interesting directions: art, interactive video, reflection about objects, city game… We are three in my team: Camille Lequenne will be the producer, Oriane Hurard will be the project manager and I’ll be the creative one. Our delicious project will mix: city, food, ARG, online game, live event… Can’t wait the Paris sessions to develop it more!

The TransformatLab is a four-week traning programmme (over four months and three countries) of workshops, masterclasses, development labs, networking events and studio visits, about transmedia. During this lab nine students have the opportunity to develop their own cross-platform project (by team). I’m one of the lucky participants and last week was our first days in the lab, in Wales at Newport University.

END_OF_DOCUMENT_TOKEN_TO_BE_REPLACED

Last Tuesday I attended a Transmedia meetup/talk at the Bafta, I went to another in January and both times it was really great. There are (very interesting) speakers who are talking about a crossmedia project (or more) they are working on, so it’s extremely practical and as they are from different backgrounds (could be game developers, writers, project managers, film directors…) it’s a fascinating panel of experiences and viewpoints.

During the last talk, the three speakers were Heather Taylor (film writer and director), who is working on Raptured a web series about a rapture going wrong (and she’s looking for help to make the season 2), Hilary Perkins (Multiplatform Commissioning Editor for Drama and Film at Channel 4) who worked on Dreams of your Life a very adult, sensitive and serious multiplatform experience, developed by Hide&Seek, to support the film Dreams of a Life (talking about the death of a 38-year-old woman found only 3 years later), and Louise Downe (service designer) who worked on games, films & interactive installations.

As a webmaster at the French Institute I’m in charge of the graphic design of the e-communication: web flyers, invitations… Here are some of my works 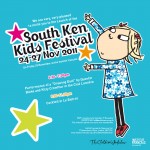 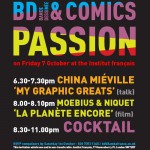 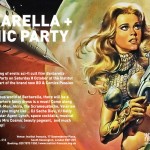 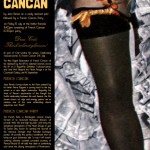 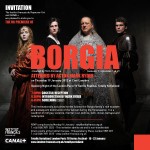 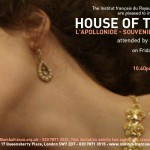 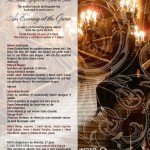 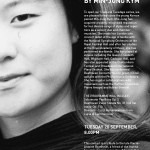 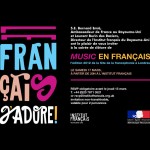 Virginia Heffernan developed several points : the social opportunities of internet, the cultural catastrophe and the likely reactions, and the safety feeling caused by the apps.

She had her first contact with internet in 1978, with US army’s chats. Since then she have reckoned that it was a wondreful way for practising how to present herself, working on her social-skills, talking to complete strangers (even from a different social background), being more confident without being nervous or blushing, inventing herself… being a “social super-hero”. But she also realised that her lies could and would be reveal, and after an actual date with another user she left internet (for a time) for the reality, which seemed more interesting.

END_OF_DOCUMENT_TOKEN_TO_BE_REPLACED

Antonio A. Casili concentrated particularly on the effect of the web on our networks : does the web change the size and shape of humans groups, does it create new links ?
At the beginning of internet, it was considered as potentially risky ; cutting people from others, bringing isolation. Some studies spread this idea, especially one led by Robert Krauf (Internet Paradox, 1998), which noticed that “greater use of the Internet was associated with declines in participants’communication with family members in the household, declines in the size of their social circle, and increases in their depression and loneliness“. Offline and online life would be directly related, increase of online relationships would cause a decrease of offline relatitionships. But this conclusion was disproved by another survey by Kraut himself (Internet Paradox Revisited, 2001), which deduced that this increase wasn’t relevant and possibily caused by a transition / adaptation time.
END_OF_DOCUMENT_TOKEN_TO_BE_REPLACED

The conference “Web Culture: New Modes of Knowledge, New Sociabilities” was held yesterday (10th February) at l’Institution des Chartreux in Lyon. Hosted by Sylvain Bourmeau (journalist for Mediapart), the speakers were Dominique Cardon (sociologist, researcher), Antonio A. Casili (sociologist, researcher) and Virginia Heffernan (journalist, New York Times Magazine), and talked about how internet changed our access to knowledge, art and the others.
END_OF_DOCUMENT_TOKEN_TO_BE_REPLACED